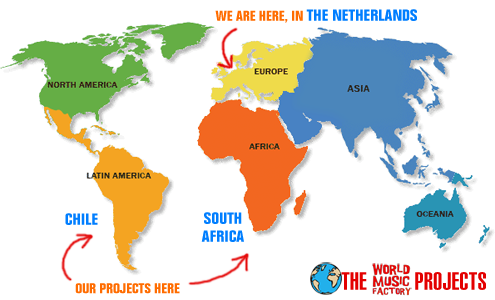 Darling is a small town with approximately 8.000 inhabitants in the region of the Western Cape, about 72 km from Cape Town, South Africa. 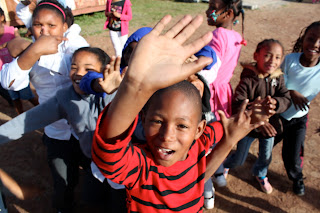 In August 2011, World Music Factory traveled to Darling to initiate a workshop program with the aim to bring children with different backgrounds from two local schools together, to provide them free educational music workshops and to create a performance with them that would be shown during the Voorkamerfest of Darling. In total 30 children from the 'Onse Nesieskool' and the 'Laerskool' were chosen to participate. This project has been realized in collaboration with Koninklijk Theater Carré, Codarts, Darling Voorkamerfest and with the great help of the Darling Trust and the Focus Community Centre of Darling.
About the situation for the community in Darling:

“The facilities for the community are minimal. Sport fields are under-par. There is no gym. Art and culture play a small part here. The activities at Evita se Perron [and the Focus Community Centre] have enriched the lives of a few hundred children. Thousands are still untouched…” (Darling Trust)
About world music in the program:

The children learned interactively about music and instruments from the world and from South Africa. Basic musical skills and exercises for musical notation, imitation and presentation have been conveyed.  In addition, the children learned a repertoire consisting of a percussion ensemble, different folk songs, choir arrangements and musical journeys through the world.
About the exhibition “Welcome to my world!”:

The children were asked to think about positive and negative aspects in their life. After they had painted their stories, an evaluation took place in which they concluded that we are not so different from each other, that in our diversity we can raise tolerance through mutual understanding and compassion and that this will bring us together.
Project: Consisted of 3 elements.

2.Musical performance, consisting of traditional songs and rhythms from South Africa and Brazil.

3.Learning about Children Rights and expressing individual feelings and thoughts about ones life through paintings, shown in the exhibition “Welcome to my world!”

World Music Factory traveled to Chile to initiate their first project at two locations: the first week in Colegio Niños Cantores of Viña del Mar and the second week in the district of Lo Espejo in Santiago.

Both projects consisted of a five-day intensive workshop where a group of 20 children (Viña del Mar) and 14 youngsters (Lo Espejo) experienced singing, dancing and rhythms from various cultures of the world in an interactive way.
The aim of the workshops was to create a musical performance together, which we showed to the parents and friends the last day. The youngsters were motivated to show us their own skills, which we subtly incorporated in the performance.
The realization of the Projects was made possible through the significant assistance of Colegio Niños Cantores de Viña del Mar and of Pedro Browne, deputy of the Lo Espejo district.
In cooperation with the Colegio Niños Cantores de Viña del Mar we were able to provide the 20 workshop participants one year of free music education. That educational program was designed by Bernardo Freyggang, director of the educational program of Colegio Niños Cantores.

Further we had the privilege to meet the famous Chilean musician and composer Joe Vasconcellos, who assisted us in the documentary we made about the project in Chile. 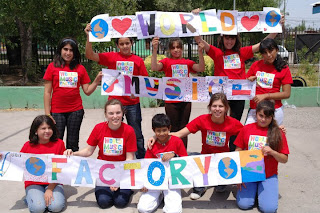 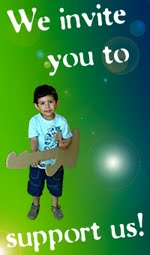 World Music Factory can make a difference in young people's lives around the world. You are very welcome to support us!